What do Stink Bugs look like? (15 Pictures of Stink Bugs!)

Want to know what a stink bug looks like up close?

Well, you’re in the right place!

In this DrPest guide, we showcase 10 different close-up pictures and videos of stink bugs.

From wall climbing to comparisons, this guide should help you identify if you have a stink bug problem or not. 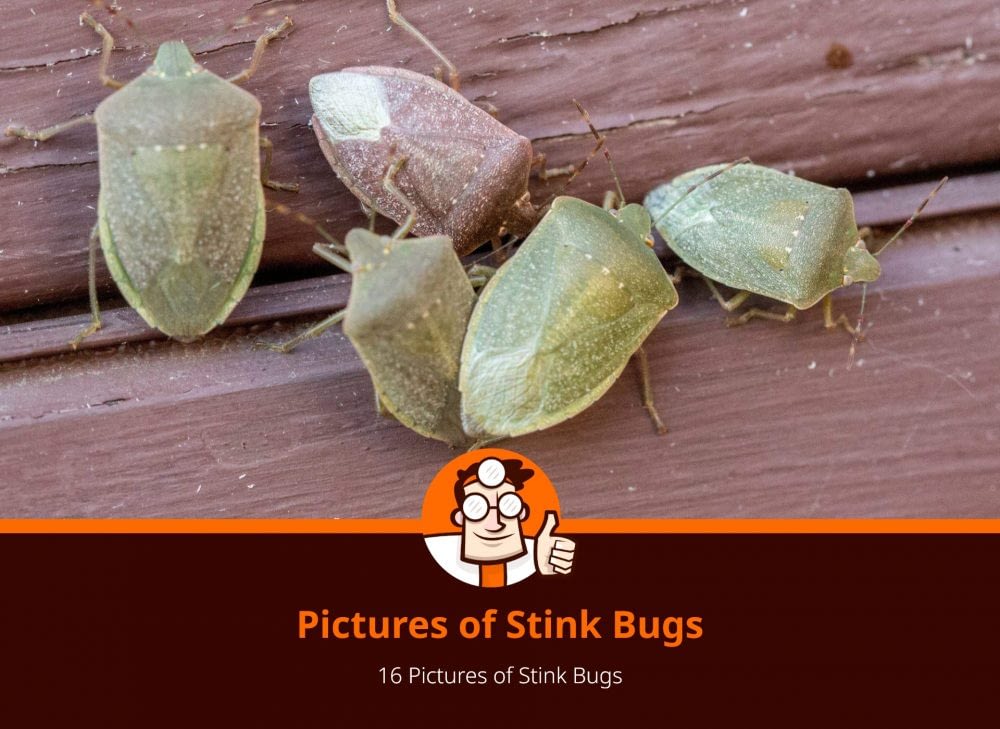 If you find that you do have a stink bug problem, we recommend checking out our complete guide to get rid of Stink Bugs.

Ready to get into the pictures?

Looking For A Trusted Exterminator?

Below are our top ranked exterminators we’ve reviewed for each type of pest. We’ve arranged it so you can get free quotes in just a couple minutes.

Our #1 Ranked For: Ants, Roaches, Spiders, and Rodents Issues

Our #1 Ranked For: Termites, Bed Bugs, and Larger Infestations

Our #1 Ranked For: Mosquito Removal, Fleas, Ticks, Wasps, And Other Stinging Insects

10 of the Best Pictures of Stink Bugs On The Internet

Are you ready to dig in? Let’s have a look at what stink bugs look like!

1. For picture #1 we have a simple picture showing a stink bug on a leaf.

2. The next picture is another image of a stink bug on a leaf. Stink bugs have six legs that carry what looks like an armored body.

3. This is a closeup image of a stinkbug on a leaf on the left. On the right we see a wasp’s head.

4. Here you can see a good image of a stinkbug on a white surface.

5. The next image is a high resolution closeup of a stink bug that is facing the camera.

6. There are many varieties of stink bug. The one in this picture is mostly brown.

7. Here we have six stink bugs that are gathered to feed on a piece of fruit.

9. In this image, a stink bug is climbing on a wall.

10. This last image shows yet another color variation of a stink bug.

That’s it folks. 10 pictures of stink bugs. At this point, you should have a good idea of what a stink bug looks like and how to spot them crawling around your home (and on your pet).

If after going through these images and you think you might have an infestation, we highly getting started with removing them! Stink Bug removal can be tedious but they are very beatable!